Recent Study Says CBD Could Cause Liver Damage, But Here’s The Truth 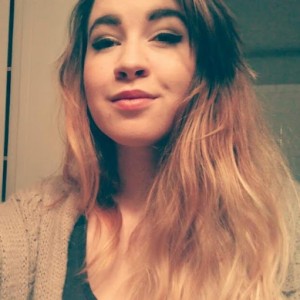 Recent Study Says CBD Could Cause Liver Damage, But Here’s The Truth

Much of the recent R&D in the cannabis industry has served to restore the plant’s ancient title as a medicinal herb, but still, some researchers remain skeptical. One recent study by researchers at the University of Arkansas for Medical Sciences suggests that CBD could cause liver damage, an alarming fact that spread like weeds through social media’s sidewalk cracks.

Many have examined the article, and it’s definitely not without flaw. This wouldn’t be the first time that cannabis skeptics used a single, defective study involving mice (which are physiologically different than humans) as armor and ammunition. Does CBD cause liver damage? Or is potential risk linked to misuse? Even through its fallacy, this study may teach some lessons.

Here Are The Details On The 2019 Study

The study, which involves a small group of 8-week old mice, looked at the immediate and short term effects of different doses of CBD on liver function. Single doses included 0, 246, 738, or 2460 mg/kg of CBD. Repeated doses were also given at 0, 61.5, 184.5, or 615 mg/kg per day for 10 days. These doses were derived from the suggested dose for Epidiolex, a CBD-based pharmaceutical medication prescribed for chronic forms of epilepsy, and scaled accordingly.

According to researchers, both groups of mice receiving the higher doses showed signs of toxicity and liver damage. The study suggests that 75% of mice given the 615 mg/kg doses developed a moribund, or near-death condition, within a few days. The study does not shy away from conclusions, suggesting that “CBD exhibited clear signs of hepatotoxicity,” or chemical-driven liver damage.

But The Study Is Heavily Flawed

Since the release of this research, multiple sources fashioned panic-driven headlines. It doesn’t take an expert, however, to find some major issues in this study, particularly in numbers that don’t add up. As we stated, the study suggests that 75% percent of mice in the 615 mg/kg daily dose group developed a condition that led (or will lead to death) in a few short days. Later in the study, it’s revealed that this group contained only 6 mice, meaning that roughly 4.5 mice experienced fatal results.

The study has more than “half-mouse” problems, though. It also bases its dosing scale off of a heavily-controlled prescription medication for epilepsy. Although the maximum dosages for Epidiolex may be high, the general doses for this drug are much lower than those used in this study. In fact, the general recommended doses for people who are prescribed Epidiolex is between 1-10mg/kg once or twice daily. There’s a large difference between the 20 mg/kg per day maximum recommended for Epidiolex and the 625 mg/kg dosage used in this research.

This massive increase is proportional, according to the University of Arkansas researchers, based on something called “allometric scaling” which aims to create proportionate doses between different species. This type of scaling has often been used before in the creation of pharmaceutical drugs but is under fire for its uncertainty. One study suggests that the fixed proportion used in allometric conversions is not universal, stating that “pharmacostatistical and physiological models based on theory-based allometry can be misleading and incorrect.” Because of the way CBD molecules interact with the Endocannabinoid System, there’s a reason to believe that cannabidiol molecules do not fit the scale.

So the biggest issue here may be the use of mice as a stand-in for human interaction with cannabidiol. In fact, the study cites “numerous reports have demonstrated neurological, cardiovascular and reproductive toxicities subsequent to CBD use.” Subsequently, only one of the nine studies involved a human trial, and that specific study did not show any signs of toxicity after using CBD.

Scrutiny should also be aimed at the journal where this study was published, Molecules, which is published by the Multidisciplinary Digital Publishing Institute (MDPI). This publisher has been the center of focus once before when every senior editor of the open-access journal Nutrients resigned from their positions due to the publisher allegedly forcing them to utilize articles that were heavily flawed or deeply insignificant. That, in combination with the unsound nature of this article (like the 4.5 dead mice) raises suspicion about the worthiness of the Molecules journal altogether.

Of course, one dead mouse would be enough to be worth raising some awareness of the potential risks, if any, of CBD use.

So, Can CBD Cause Liver Damage?

More research is needed to fully understand the extent of the effects of regular CBD use on the human body, and this bogus article aimed to take advantage of the lack of knowledge in the space. However, multiple studies have reviewed CBD for its toxic potential and most sources seem to agree that CBD’s side effects are rare and mild, especially in comparison to other over-the-counter and prescription medications.

Of course, there’s a reason to believe that the misuse of CBD may pose at least some risk. Medications like ibuprofen are even known for their potential impact on the liver when used too frequently or in heavy doses. The doses of cannabidiol used in this study, like 615 mg/kg, would equate to nearly 50,000 mg of CBD for a 180-pound person.

Cannabidiol doses, even on the higher end, are only but a fraction of that number. Many people use doses ranging from 5-100mg of CBD a day, with an average dose that ranges from 10-50mg. Of course, limited research keeps experts from being able to accurately pinpoint dosage guidelines. One study gives better background on the possible toxicity associated with CBD, showing that doses of 20,000mg were needed before the body showed any signs of toxic overdose.

While there isn’t any sound evidence that suggests that the responsible use of CBD leads to liver damage, this study does still bring up one important factor. CBD definitely has interactions within the liver, which makes sense, as the liver is responsible for the metabolization of most drugs. These interactions have frequently been pointed at cytochrome P450 liver enzymes, which are necessary for the metabolization of most medications and supplements, including CBD. That means that CBD could interact with other medications by utilizing these cytochrome p450 pathways and reducing their absorption.

Still, the risk of dying of liver failure after using CBD is still pretty low on most expert’s list of concerns. In fact, using CBD as your doctor recommends generally brings nothing but praise as people are swapping out CBD for pharmaceuticals and using the natural supplement to manage conditions like pain, anxiety, allergies, and more.

There are a few morals to this story that are inherently clear: More human trials are needed regarding the effects of CBD, and, like all medications and supplements, you should only use cannabidiol responsibly. Plus, stay wary of those who have cannabis on their “medically proven” hitlist, and always check the facts for yourself.

As CBD use spreads far and wide, we are beginning to come to terms with just how many different uses the cannabis-derived